The wait is finally over for the fans of Detective Boomrah, an iconic character who has been ruling the fancy of Indian audience for over a year now,... 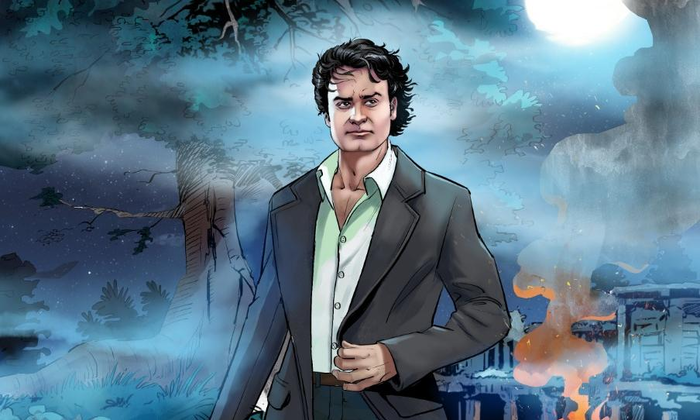 The wait is finally over for the fans of Detective Boomrah, an iconic character who has been ruling the fancy of Indian audience for over a year now,...

The wait is finally over for the fans of Detective Boomrah, an iconic character who has been ruling the fancy of Indian audience for over a year now, as his first look has finally been unveiled by its creator, Kahanikaar Sudhanshu Rai. The first look was released by the renowned storyteller on his YouTube channel and Facebook page, garnering an overwhelming response from the fans of Detective Boomrah.

In the released look, Boomrah can be seen sporting long wavy hairs, a shirt and an overcoat. The ambience in the poster suggests the genre of stories that Boomrah usually features in, i.e. mystery and horror. Unlike most of his predecessors, the new-age detective does not don a hat or smoke a pipe. The first look poster has been designed by Campfire, India's leading publisher of graphic novels and winner of multiple ComicCon India awards.

Detective Boomrah works on the philosophy of 'nothing is impossible'. He does not refrain from pursuing and cracking cases that encompass the paranormal or even the alien. In his last outing, he found himself amidst the mystery and thrill associated with the fort of Bhangarh. And prior to that, he did everything from nabbing a psychotic serial killer to exposing a devil who played the game of death and misery with people visiting a casino. Some of the most popular stories featuring Detective Boomrah are The Killer, Horror of the Nuambi Village, The Mysterious Mrs McBethy and The Dark House, among others.

Talking about the unveiling of the character, the creator said, "Detective Boomrah is starkly different from the previous fictional detective characters you have come across. His appearance as well as approach is in sync with the interest and liking of modern cinema audience. Boomrah's fans had been for long demanding to see as to how he actually looks like. This is my gift for his fans."

Mr Rai now plans to take the character to the big screen and leading OTT platforms. He is likely to initiate talks with some leading OTT platforms such as Netflix, Amazon Prime and Disney Hotstar etc soon to feature Detective Boomrah in a binge-worthy series. Besides, the first video featuring Boomrah in the released avatar is slated to be out shortly.